At the beginning of October, the State Blood Donor Center received portable automatic blood mixing scales, which will significantly facilitate the work of the centre’s specialists. Representatives of both the manufacturer and suppliers participated in the installation of the devices in order to ensure that the devices are set specifically for the usual procedures of the employees of the State Blood Donor Center and are compatible with other equipment of the center.

These devices are used by medical institutions during blood donation to simultaneously weigh and mix the blood with an anticoagulant and close the blood flow when a healthy volume of blood donated of individual has been reached. Equipment set includes not only the automatic mixing scales, but also a convenient and compact mobile case, weighing tray and charger. The charger can be connected to both the device and the case so that the scales do not have to be removed during charging, thus saving time. The uniqueness of the device lies in its mobility, lightness, compatibility and adaptability. They are also visually and functionally different from other blood mixing scales, by conquering the tray and swinging under the scales during the mixing process, thus ensuring safer continuous operation in case of vibration or accidental touch.

Ten HemoFlow 400XS scales from the US company Applied Science were delivered to the center, which are used both in off-site blood donation points and in hospitals. These devices are smaller, faster and safer than other manufacturers’ blood mixing scales. HemoFlow provides a simplified process that includes robust data management that protects against data loss in the event of unexpected power outages. It has an easy-to-read light display that provides useful instructions to the technician during blood donation, as well as informs with sound and flash signals if any process abnormalities are expected. 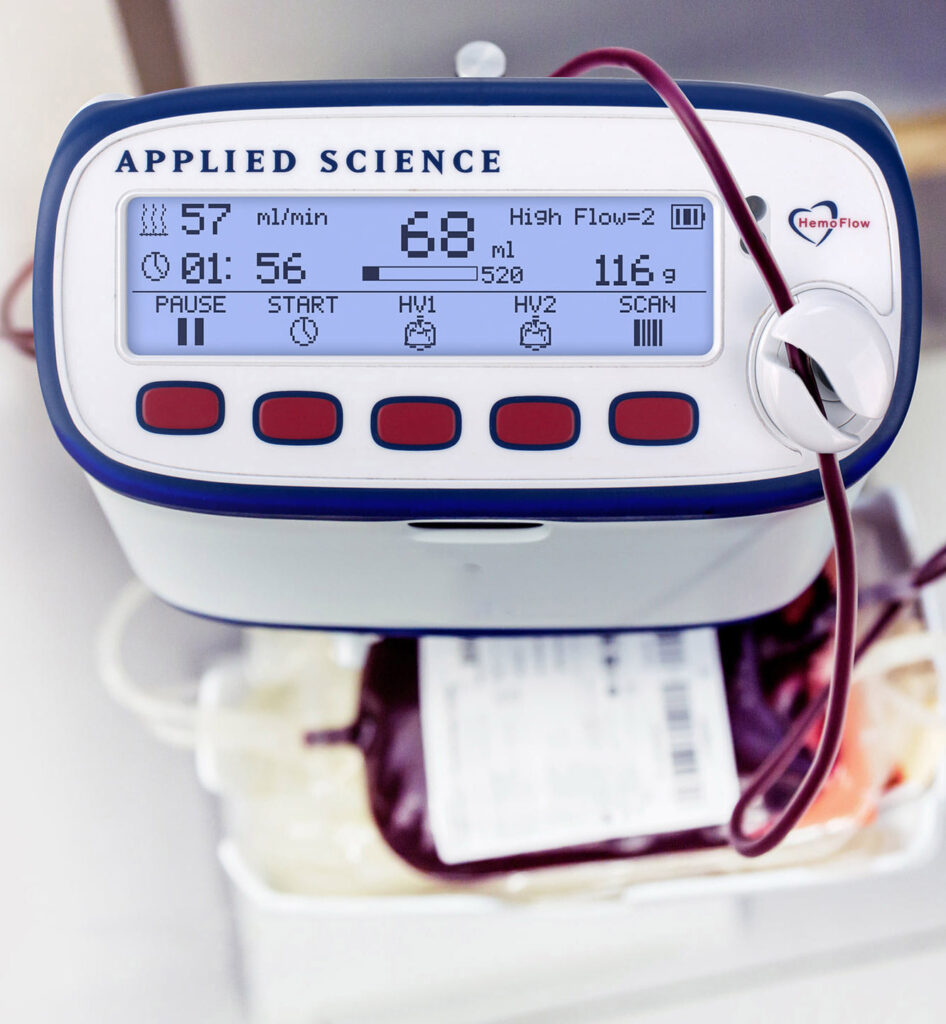 The most useful function of the new equipment is the ability to adapt to different donors with different blood donations, reducing staff involvement while increasing the total blood collection. The center specialist can enter the donor’s weight, height and gender, and the device will automatically close the tube as soon as the optimal amount of blood has been collected. This can prevent the optimal blood volume from being exceeded or not met. In addition, the included tray shakes the bag safely under the device to mix blood with the anticoagulant, allowing staff to focus on other aspects of donor safety.

The specialists of the State Blood Donor Center were thoroughly introduced and set up according to the centre’s agenda and compatibility with other devices of the center by Franck Cailliez, Business Development Manager of the European Center for Applied Science.

“It is important to us that the equipment supplied provides the highest possible efficiency and facilitates the daily work of specialists in an area as important to public health as the blood donor movement.” says SIA GP Nord manager Toms Zeltins.

SIA GP Nord became delivery, commissioning and maintenance providers of a portable automatic mixing scales for the preparation of donor blood in an open procurement VADC 2021/28, the contract was concluded on 31 August 2021. 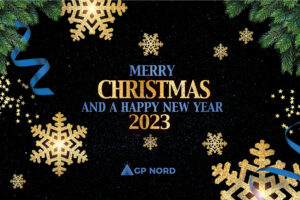 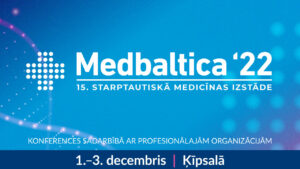