Allergy treatment for a comfortable life

An allergy is an enhanced response of the human immune system to certain substances (allergens), such as pollen, house dust mites, mold or animal dander, which do not usually cause any problems for most people.

About one in three townspeople suffers from allergies to plant pollen. People with pollen allergy or polinosis usually start to get sick from childhood, they suffer the most from the age of 25-30, but in middle age their symptoms decrease or even disappear. Allergy to birch, alder and hazelnut is especially common. Pollen-induced runny nose should not be ignored, as statistics show that 40% of patients with clinical rhinitis have incurable bronchial asthma. 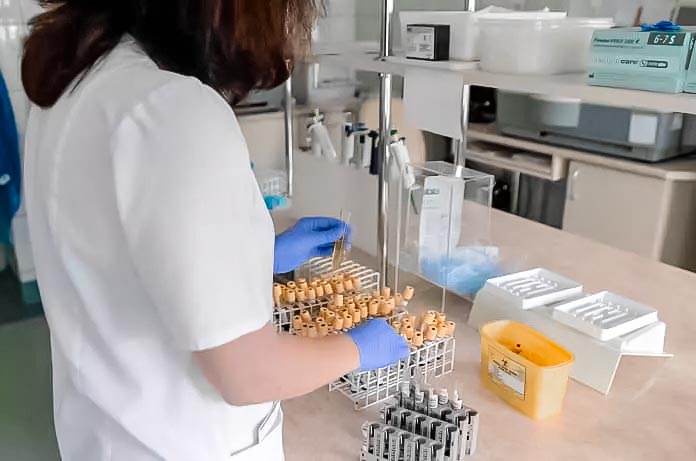 The most common manifestations of pollen allergy are runny nose (rhinitis), nasal congestion, sneezing, chewing, tearing, and coughing and difficulty breathing. The higher the concentration of pollen in the air, the stronger the allergies will be. Allergy symptoms are also exacerbated in dry, hot and windy weather, and are more pronounced in the city than in the countryside, as pollen becomes particularly aggressive in combination with smoke and exhaust fumes. When allergy-causing pollen is flying in the air, choose rainy days for walks and take medications recommended by an allergist or GP – nasal drops, ointments or pills that prevent the disease from progressing.

A house dust mite can cause a permanent allergy. It is the first respiratory allergy in the world, causing 20% of exact rhinitis. This is a serious health problem that is closely linked to the growing risk of asthma. Eight out of ten people who suffer from dust mites do not experience any signs of allergy on a daily basis, and it has been found that people with this allergy live for up to seven years without being noticed and therefore not treated.

If you have a phenomenon of pollen, but you feel well, no medicine is needed. The recommendation that all patients with polinosis should start taking the medicine two weeks before the season is obsolete! Treat symptomatically and consult a physician. Nasal swabs with double suffocation as well as strong prescription medications are now available. The latest medicine is already within 15 minutes, so it is possible to react very quickly to the symptoms.

Until now, skin tests were used to determine the most accurate allergens, and molecular tests are now available that can accurately detect a large number of allergens in different conditions in blood tests. The first step is to go to an allergist to find out which substances to test for a reaction after the complaints and symptoms. It is possible to determine a wide range of allergens, different allergy panels are available or – to determine only what is also suspected. For example, if you are allergic to birch pollen, it is worth finding out if you can eat honey. If you have polinosis, the most accurate diagnosis is out of season – in the fall.

Take note! Do not use first-generation anti-allergy medicines (tavegil, suprastin, dimedrol), which have a short duration of action and a high risk of side effects such as drowsiness and loss of consciousness. The use of a first-generation antihistamine is equivalent to 0.5 per cent of alcohol intoxication, especially when driving. It can also be difficult to concentrate at work.

4. GET YOURSELF AT ALLERGENS

If you want to start immunotherapy or acclimatization to the pollen that causes the reaction, it should be done in the fall or winter, 3-4 months before the season. In order to be performed by an allergist for several months, a specially prepared amount of substance is administered each time under the supervision of a doctor.